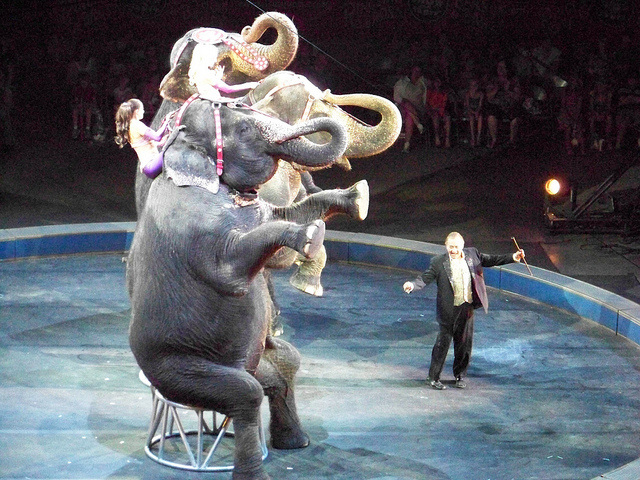 We’re on a road to nowhere …! That’s right people. We are headed to the Meat Grinder …where we will all be turned into SAUSAGE.

Famed baseball player/manager …Lou Gehrig, knew this when he said; “…If you don’t know where you’re going; you just might not get there …”

Well, before we all get to wherever “…there …” is, I would like to invite you to view a video that I have chosen to preface the post which follows.

And after viewing it, I think you just might appreciate my post all the more. I named it; Trump’s Infrustructure Finance Plan.

As such, in regards to this refreshing theme and the urgent needs which its approach addresses (head-on) I believe that it is  representative of a FAR GREATER ALTERNATIVE…an opportunity which easily eclipses that of rigorously choosing to the futility to frivolously pursue another “…Lost Decade.” I believe this alternate plan that President Trump has proposed reflects a far brighter and rather more promising “…Somewhere …” as a highly desirable destination which is somewhat of a far greater place  …and a far more worthwhile alternative than being stuck NOWHERE …in Bizaro World.

Watch the link’s video …and become aware of how President Trump intends to fund his economic infrastructure plan’s proposals.

Quite simply, according to President Trump …these infrastructure projects would be funded …namely, through Private-Public funding. Naturally, this would be through risk taking …and that, on the part of private, institutional and state-sponsored investors …principally through the sale of bonds issued to such as those seeking rewards and incentives.

Why place another 19 trillion on the backs of tax payers …? Why do so in times when the Fed Funds Rates are rising while pushing debt service costs beyond the Nation’s lawmakers ability to effectually manage the annual budget beyond adding to the already exorbitantly high annual deficits …?

Thus, why continue to penalize future generations of tax payers …all because those politicians who seek to cling to their seats of power …would rather do the same things we have always done …principally through the likes of endless Newt-Gingrich-like HARD-LINER Political shenanigans’ as we have not sought out the alternatives which possess more creative processes than those which customarily  have forever involved the necessity of engaging in never-ceasing, wasteful, public quid pro pro, politically-motivated, and underhanded practices through such questionably unethical deals as those which make for nothing more than what always has traditionally created scads of pork-barrels …the making of sausage, if you will …?

Stay off of my blue Suede Shoes …!

However, in keeping …if the Mid-Terms of 2010 and Trump’s General Elections’ cycles truly reflect the will of the people; I would think it safe to say that; the American people are well fed up with Washington’s addiction’s to these sorts of endless CRAP SHOOT routines …all of which …reminds me of the Talking Heads rock hit’s theme phrase to their hit single …Once in A Lifetime.

To play ….Once in a Lifetime:  https://www.youtube.com/watch?v=I1wg1DNHbNU

Sorry Newt, but it is time for you to step aside and out of STEWART VARNEY’s media circus …and let the Conservative Caucuses which truly speak for Americans’ freedoms …those who have the will to restore and the right priorities that can actually return  pure fiscal sanity to “…We the People…” in the  spirit of providing public service by the private ways and means which actually are representative of reflecting honest and genuine righteous service …as servants rather than wheeler-dealer Lords.

It is time to put aside and cease from what ALL  practices have promulgated and promoted the totally disingenuously INTERTWINED and ARTIFICIALLY FAKE FISCAL and MONETARY policies which have annually added to all that has been allowed to balloon both deficits and debt to a point now where there is almost no end …but another crashing end in sight.

Tragically, for the past eight years …just about every cost efficient private sector solution …those which possessed the greatest potential…as well as the means of providing the most effectual ways to simultaneously deliver both cost savings while …offering effective stimulating economic solutions and problem-solving benefits ….. HAVE ESENTIALLY BEEN (for the sake of small-ball politics) …those which have been …DELIBERATELY IGNORED and all but swept under the rug of some Bizaro’World’s socialist’s scheme…one whose agenda’s principle plank it HAS BEEN to …seek to artificially redistribute economic wealth …and it is well known …that never works to further to the betterment of any generation whether it be for a current or a future ones wellbeing.

Well, the opportunity costs which I have been writing about for the last ten years …they have been nicely summed up in the following post’s echoes which, conveniently parallel President Trump’s ECONOMIC INFRASTRUCTURE REBUILDING AND MAINTENANCE PLAN.

It is a Private Sector based plan which should be allowed …so as to return the work of THE TASK OF DOING THE ECONOMIC HEAVY LIFTING …to the private sector where risk-taking is rewarded rather than saddling tax payers and future generations with the price tags of penalties which demand sacrificing their future by flushing such as all their hopes through the most ineffective and least efficient means known to mankind’s making …a never-ceasing…ever more increasingly greater number of opportunities to go on to create greater artificially spawned bureaucratic bungling’s’ deficits and budget woes.
P.S.:  After jotting down my impression of Stewart Varney’s interview with Newt Gingrich last week, my notes magically/mysteriously disappeared almost immediately in real time …that is, before I could save them. Well, in an aggravated afterthought’s moment, I found the following on line when I performed a Google search on the subject of Trump’s Plan on Infrastructure Funding.
https://www.baptistboard.com/threads/trumps-jobs-stimulus-plan-would-spend-more-than-double-hillarys-plan.100777/

My take on FUNDING INFRUSTRUCTURE PROJECTS; In Bizaro World …there ARE suckers born every day …in every state.

Just another example of why we need to arduously pursue both Comprehensive Campaign Finance …and Term Limits Reforms …simultaneously and stringently tied together.

We’re on a Road to Nowhere …Talking Heads