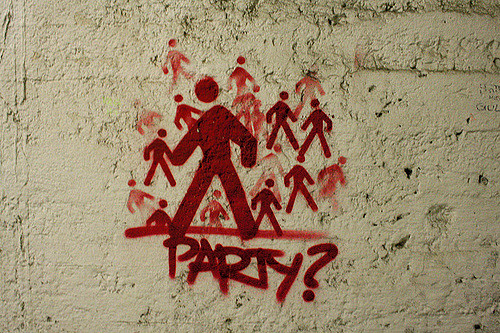 Don’t Click on Garth above ..! It will open up a video of 25 of Garth’s funniest lines.

What, with the far-left of the democratic party moving furthermore …still farther to the left …it would seem that their most liberal faction’s courting of a fast-forwarded embrace to move swiftly to all-out socialism …this may not merely be a brand of sour-grapes paranoia, but actually what hopes to become more of an actualized social vending machine for a whole new range of entitlements.

Such as it is, the total promise of their leading appeal is being fielded to entice those of the already over-entitled yet, under-funded Gen-X and Millennials.

After all, who wouldn’t want more free stuff; like General Electric …?

At least, employers like GE will be adding hundreds of thousands of people to their payrolls, and these people and their jobs will pay recurring dividends which will grow many times over the mere handouts whose economic impact pales by any measure of compare to private ownership.

So, come on! Perhaps the path to attaining power could be just that easy …I mean; given a little luck and some appeal and charisma?

If so, and if attaining to power is made on this basis …who perhaps, might be easily targeted and captivated by the allure of even more free stuff?

Lightening has been know to strike twice …even recessions have their way of crashing parties.

Let’s be real …history is always busy …in the continual process of repeating itself …deceitfully though, I might add …mostly misled by a spirit of covetousness …the controlling Four-Star General under whose lies …envy and jealousy take their rank and file commands and marching orders.

Even without the devil; the works are in the details developing …with and …or, without our notice.

For a not-so-recent reference, see the crux of a story which pinpoints the origins which split and divided the ancient nation of Israel in two.

(The following comes courtesy of: Open the Word at: https://opentheword.org/2013/07/22/king-solomons-lame-excuse-for-high-taxes/

“Rehoboam consulted with his (father Solomon’s) advisers and they told him to reduce the tax burden (v 7). But when Rehoboam’s young friends said raise the taxes, Solomon’s son took their advice instead.”

However, beyond merely capturing the liberal mind of the millennial and Gen-X with free stuff @ the expense of others …such an approach and appeal just might actually serve to go a long way politically …well beyond what naturally would otherwise reasonably and justifiably serve to anger and embolden an otherwise, more deservedly sober and moderate view of the way in which Bernie’s 2016 campaign organization was left behind to be blown off track by the egregious manipulated meddling which …like an arsonist … torched, burned and set ablaze Bernie’s Sander’s organization thanks wholly due to Debbie Wassermann Schultz’s culpability and convenient involvement which were reflected by acts of deliberate collusion …those directed by and working with Hillary Clinton’s campaign.

Taken together, their ever-so pernicious interference with the election’s processes …at the highest levels within the DNC are what sunk Bernie’s hopes and his organization’s chances to secure the DNC’s nomination …thus, paving the way for Hillary to easily take (steal …?) the nomination away from The Bern.

Thus, the character of leadership going into the 2016 General election cycle was more reflective of what really turned into a street brawl …but not for what was known …but rather the more so for what was fake.

No, such as integrity and a lack of sound leadership may have it … THE POSSIBILITY OF THE FORMATION OF a THIRD …and possibly a fourth POLITICAL GRASSROOTS PARTY SEEMS MORE THAN PLAUSIBLE today, more-so than ever before …especially when such matters are taken together with the 2016 electorate which …as an aggregate …solidified …came together and turned their backs in unison on a fractured host of old-school, Republican hardliners whom also ….when taken together …couldn’t and wouldn’t …and moreover…hadn’t since then, ever bothered to stand up in defense to represent those of the 2010 electorate …those who were concerned with fiscally conservative issues ….matters whose policies affect borrowing &/ taxation and spending …issues which stood to double the nation’s public debt …all enabling monetary policy be damned…!

# These politicians are those who, suffice it to say …are still a group of half limp noodle-RINOs.

What of such speak to true courageous leadership and direction …strong enough to …get’r done …effectually and efficiently?

# My take: Today, THE POSSIBILITY OF THE FORMATION OF a THIRD as well as …possibly, a fouth POLITICAL GRASSROOTS PARTY SEEMS MORE THAN PLAUSIBLE …more so than it did after the 2010 electorate led to the FORMATION of The Tea Party …which primarily gelled out of what calls had been made by the electorate mandating a return to respect fiscal conservatism …calls voiced by the will of “…We THE PEOPLE…”

So, where did that voice go since then?

Sadly …both party’s hardliners seem to have managed to put that spirit’s rebellion down rather handily.

Damned be the will of the people …full speed the spending ahead …!

#  Drunken Sailors be the ruling class.

Thus, from a fiscally conservative perspective… We the People seem to be losing still more ground, save for amassing still more debt …quicker and more furiously than ever.

It seems as if “…We the People …” are …on a never-ending path …being led to lie down in sorrowful beds of printed money merely so …being made to graze in pastures of poppies …still greater addicted to larger and larger deficit spending thanks to larger Treasury-funded deficits …fueled by tax cuts.

#22 trillion dollars in debt …it ain’t freedom … and it ain’t justice, for it cost Americans a lost decade.

# The last decade’s Artificial Monetary policies may actually return to haunt us sooner rather than later.

# In the meantime, tenuous and uncertain investment environments …have artificially held yields on Safe Haven Harbor instruments such as US Treasuries bearishly low …offering little to next to nothing save for the promise of a return of your money rather than a return on your money.

Such merely has enabled the U.S to service its ginormous debt while … attempting to usher in inflation …relying upon a weakening dollar to inflate our way out from under our stifling … choking debt.

And although rates are gradually returning along with inflation, growth is as well.

However, as inflation has come in like a lamb …growth may go out like a lion and such as the Fed’s dual mandate dictates …rates will necessarily comes up as well.

That’s going to cost …a good deal more …much more so than in the last decade during which rates were held artificially low over this extended period of time.

Never mind the adage which says; no pain …no gain.

While, that may be true; I have to ask; what are we gaining by having no will to endure organic pain as those of the ruling class lure us by and in and with all our entitlements …those which soon may become a thing of the past …disappeared … suddenly gone …like vapor …vanished into thin air …like the stark reality of a still greater recession…with no or little ability to sustain and maintain entitlements …let alone our nation’s ginormous debt?

What now then my friends?