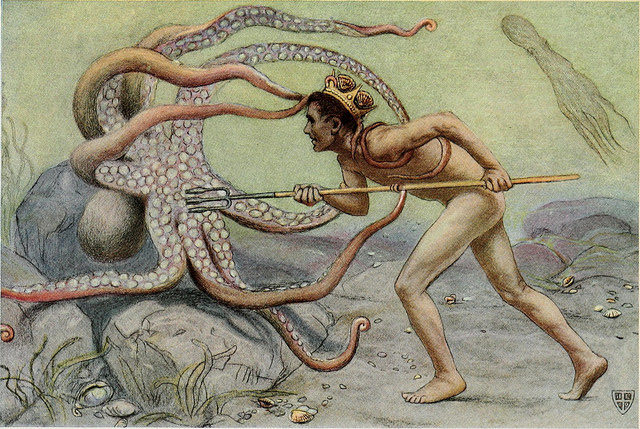 Interference is to immigration as Collusion is to illegal immigration.

This is to say that not all interference is illegal …as also is the case with respect to immigration.

However, despots  and tyrants …like cheating fools …all have their tools …those whose enticing promises seem to provide a sortcut upon a game board …one whose   endgame’s lies always seems to usher, only such as these few bad acters are …to their very own bed’s misery in spite of the allure of a slippery path …the immediacy of any easily justified means to engage in the execution of whatever’s operations …legal or otherwise.

Thus, the immediate ease of whatever the convention of the day may be, an ever-growing number of sketchy and dodgey circumspect incidents curiously seem to have coincided around and taken place …more and more  under what clandestinely heretofore, has clearly overshadowed and skirted around the constraints of the Constitution …falling outside the confines of its moral upright considerations whose original lofty intentions were provided …so when followed …their path should have served “…We e People…” instead of the few bad actors who have somehow learned how to cheate, lie and steal …those who have come today …to make up the elite, greedy, political ruling classes …those who seemingly have forgotten how to fix …serve and restore and preserve the domestic tranquility our forefathers fought and sought to preserve primarily for “…We …” the better part of “…the People”.

I only wish immigration could be put outside the circles and domains of our domestic election cycles’ processes …well beyond the realms of political speres.

Both interference and immigration take place in all corners of the world, but should any one or any number of the few who seek to have the opportunity of holding public office …turn that said service from upholding the Constitution, why should one strain to fail to clearly see where tyranny begins and public interest ends.

Have we, as Americans lost our way merely to sanction and support populist  allowances  which …depending upon which way the wind is blowing on any given day …promote ilegal interests which blatantly conflict with the health of the nation’s better interests …?

That is to say, if one is so staunchly opposed to ilegal interference; where is the justification in supporting the Blind-Eyed double-standard of ilegal immigration…especially, if …doing so violates and steps outside legal confines to do so …?

That is to say, with respect to what is not even remotely legal; illegal interference is no more desirable than is illegal immigration.

Yet, the $uch high-$takes’ games persist and continue to be played out more and more on the political gameboard …so much , that …commonplace, these politically greedy antics seemingly pretty much take place daily without deference nor consideration as to whatever might better serve to uphold …preserve and defend  Constitution of the United States of America!

We might as well rewrite the Constitution so as to legalize despotism and its new found forms of treason as those which have become in vogue as a Chicago speakeasy.

As such, as the delineations between illegal interference and illegal immigration go, an unsecured private server (# Hillary’s for instance …) is to immigration as open borders are … to a greater part … what is representative and reflective of an outright open invitation to be violated in cavalier manners beyond the naive.

Such as is was the case with respect to Hillary’s server …unguarded, she unquestionably fostered … if not, intentionally beaconed or begged ( and perhaps baited …?) for foreign interference on a grand scale … pretty much without checks and balance …due diligence and oversight …  the accountability of good prudence not withstanding.

In terms of drawing and favoring foreign interference, there was no need to beg, borrow, ask for and flirt with …nor was here any need to extend an open invitation to the Russians … or God knows whoever else … cared too take a peak at her data and contacts’ correspondences.

Be careful to entertain strangers.

King James Version
Be not forgetful to entertain strangers: for thereby some have entertained angels unawares.

So, who could be exercising illicit operations whose greater substance it is which smacks of any stranger attempt to engage openly in overt …or covert collusion …? Certainly, it could not be Donald Trump.

Nevertheless … in my opinion, he  has been made to be the fall guy …the scape goat of a spirit of sour grapes … one of massive proportions … namely …I believe driven by political greed’s equally unchecked brazen bias.

To put it in other terms, Hillary …either unwittingly or deliberately …left the barn doors open …only to have her cows milked by whoever for whatever purposes which, Deputy US Attorney General, Rod Rosenstein attempted to give today (July 13th, 2018) as reasons today for his department’s announcement of their latest 12 additional Russian indictments.

Still, much remains unanswered as to the reasons for how much of the Justice Department’s last two major intertwined investigations have been handled.

We know the Russians intent, and we now know … to a larger extent … the means … or rather … the HOW with which the Russian spys carried out their operations’ interference.

This still …EMPHATICALLY … DOES NOT explain all the unchecked INTERVENING, OVERWHELMING MISGUIDED … and UNGUIDED hem-hawing … side-stepping whose toe-tapping has done nothing but fed, fostered and nurtured the medi’s notions of bias in ways that has truly produced the better part of a greater intolerable detrimental domestic interference.

Q:  And for all this, for whom is justice delayed … justice served …!

Moving forward, in the wake the indictments that Mr. Rosenstein announced today, I am more inclined than ever to believe that the word COLLUSION, seems like a Grammy Award which is more deserving and befitting of Hillary Clinton …runner-up … mainstream liberal fake-news media hypes.

Therefore, or rather …heretofore …having been thus far, taken so lightly …as has been the case now for the better part of over two years …; how am I now, to disassociate the US Department of Justice from its errant pursuit of what has become so covertly overly clouded by the errant egregious and overly-zealous blatant  misguided associations as the misuse of the word “COLLUSION”… with respect to its blatantly open association with Donald Trump …?

So, I must ask …what could serve justice so as to disguise and justify any basis for whatever bias there is which seizes any and every opportunity to fly off the handle and jump to an emotionally-charged predisposition which is deliberately used as an insurance policy for obvious political purposes which  which trump ones constitutional obligations and duties …collusion be damned or not?

Sweethearts be damned …what led Hillary to leave her barn doors wide open clearly flies in the face of duty and commitment to uphold the Constitution of the United States of America.

For crying out loud …! People …! If that doesn’t smack of collusion, I have to ask; what difference does it make now anyway …?

And if one cannot answer such a simple question as that; God help us all …!

I mean to say; the Justice Department moved swiftly enough to dismiss Hillary’s exposed private server …as if a rush to clear the decks of any appearance of wrong-doing. So, where is the substance of the adage of …what’s good for the goose is good for the gander …huh …?

That said, if there is a greater motive in leaving ones server largely wide open to being hacked so freely; should it be any wonder …within a largely sick, weary and obsessive-compulsive partisan perspective …that we are seeing today, the so-called FACE-SAVING trailing dividend of a residual Fake Media’s COLLUSION STRAIN …a growing defensive sour-grapes swollen and bruised spirit …which has thus far …gone out of its way to stretch the meaning of interference so as to so freely be willing to associate and essentially tie the meaning of the word “INTERFERENCE” to a completely different word’s meaning …namely, equating the word INTERFERENCE with COLLUSION …?

If so, Elizabeth Warren and a whole host of others have no legs to stand upon …the entire colluding membership of the liberal media notwithstanding.

That’s my take away today …and it’s going straight into the circular file for the trash service is scheduled for tomorrow’s pickup.