What’s Next; a Triple-Dip, or A Fire Sale?

…except in Washington, where public sector employment is up …or has continued to make gains until recently. As such, home prices there are still on the rise.

As for employment; one report does not make a trend. Ask States’, county and cities human resource directors. There is a storm building, and it’s coming in the wake of another record year of foreclosures.

Where would we be without the “plunge protection programâ€ …the program which, with plausible deniability …is said; does not exist …in spite of strong nuclear safety safeguards built into Japanese nuclear reactors …blown sky high …this program is out of the scope of G-7’s concerns.

But if such a program did exist to protect the dollar’s movement in such plunges as was experienced this last month …the G-7’s involvement, may very well be larger than such a program’s deniable plausibility itself?

After all, wasn’t it such a lovely month in the markets last month?

Regardless, exasperation is a more certain reality …that rather recently comes unavoidably as a matter of a real  and late breaking Case Schiller report on the price of housing. And in this Friday’s report, its economic data reported that home prices across the nation are still falling …in spite of and …in the face of ever-rising appraisals.

And rising appraisals represents the mentality of a money grab mindset which translates into an overall continuation of a lack of fiscal responsibility on more local state, county and city levels.

That is what leads to promote an exasperation which is pervasive.

Isn’t it nice to know that in spite of some uncertainties, there are some real organic realities you can trust …consumer sentiment not withstanding?  To this I would say that fiscal irresponsibility exists on a wide spread national level.

No wonder that consumer sentiment …as it was released last Friday, also  registered a drop …falling step for step with The Case Schiller report.

Maybe this is an indication of what shreds of hope and change have remained constantly alert and on guard.

No pain …no gain?

Still,  for all  its newly found mantra …its changed rhetoric has,  for the most part  …fallen upon deaf ears …that is …until this year.

Wooo! The Fed may actually  be getting serious about spending.

Wooo …to the tune of 40 billion dollars! That’s barely just enough to load a pop-gun compared to the 3.7 trillion dollar Obama budget.

Well, at least their rhetoric speaks to suggest  the notion; at least …the public will  …its voice has actually been allowed to enter into the sanctimonious politically irreverent conversation …regardless of the reality of their belt’s will and direction.

(In football, defensive coaches teach their backs to keep an eye on …and tackle the offensive player’s belt …so as not to get faked out.)

So, what’s different about this year …is that, while the demise of QE-2 is questionable … states’ transfer payments are becoming more of a thing which is in jeopardy of becoming a thing of the past …going into 2012.

Populism is a chameleon, yes?

Do a 180 and the Fed is not nearly as inclined as to be as generous as it has been in the last few years …especially since the last mid terms of last November. Remember them and their message?

No wonder the rhetoric is a chameleon.

Answer me this; just because a chameleon changes colors …is the lizard suddenly become a  dog? Not hardly! The dammed thing is still a lizard which still crawls on its belly like the retile it still is.

Seems as though last mid term’s message is looming still …ever-larger as 2012’s general election approaches and Congressman Ryan’s message is catching more  momentum in the wakening understanding of a  more alert and discerning constituency.

I say; such as the looming debt has become …fiscal responsibility …when seen in the light of  a better discretion …fiscal responsibility had better catch on, because something is gaining on Washington in spite of where legislators might want to run and hide to avoid the harsh realities of fraud, waste and political abuse.

Merely changing colors and or rhetoric will not help to mask one’s defense.

It will merely reinforce the fact that one is on the defensive …pushing a bad position …or a good one half heartedly …in still one more deciet after the failure of the first.

In this regard, the reality of responsibility is an overflowing flood’s waters which are roaring with a deafening message; do it right the first time …or be gone with you.

There is simply no more time to waste the precious commodity known as time …certainly not as cavalierly as has been deceitfully deemed politically correct over the last few years.

So, in response to the gathering flood waters …Washington’s response to the calls for spending cuts …has become a rhetorical hot-bed in Washington …one which looks rather like a stale-mate rather than the  opportunities  wasted for resolve under an otherwise  stronger leadership.

None then less, state’s who have accepted one hand out after another while having done nothing responsible in the mean time to prepare for this storm …these are the states which stand to suffer the most in that …like Wisconsin; sacrifice seems to have been  a word which is a term which exists only in a strange land’s  foreign tongue.

So, as is …the maelstrom which has been building in Washington, state aid is becoming more and more of a politically incorrect hot topic, an issue …which is equally foreign.

Yet, the needs’ calls for  the stark sacrifices necessary to deal effectually with today’s  reality may also be  found in measure which heed  varying degrees of austerity and sacrifice.

Yet, what would  be an even warmer welcomed state of normalacy  …might approach the resemblances  of much more meager measures …those embodied by  any Boy Scout who knows how to esteem and practice the doctrine of preparedness.

So …no matter how many Wisconsin (or any other states’) teachers’ jobs are on the line …all other public workers, not withstanding …there is just no more time to turn for an alternative. Time has come and is now gone.

All that is left is crunch time. Bones will be broken …hearts too.

So, of course …some belt tightening …after we have had nearly three years to get our cows’ tales, cabooses and states’ hoouses in order is come and gone …are the forms of stark changes which are now more than over due.

And this, of course means sacrifice …political chameleons not withstanding.

Where’s a good boy scout been when America needed one the last three to four years?

In Oklahoma, that’s where. Yes, take a look at Oklahoma for a prime example of preparedness.

Start by checking out the stability of their sales tax rates over the last ten years.

It has been rock steady at 5.3 % due to a pro-individual …pro-business …sliding tax plan which promotes and enhances economic performance and prosperity efficiently and organically.

The Oklahoma economy has risen steadily …and has raised revenue year over year.

Their forward-looking, visionary approach to giving prosperity a chance has benefited and allowed individual and business rates to slide lower …favoring …and rewarding the private and business sectors alike by an equally enjoyable measure of success.

This has also has …in turn …further benefited the economy by raising levels of expendable income which has translated to greater discretionary spending …so much so as to reduce the need to raise the sales tax rate.

This is not rocket science.

This is not pure magic; it is free the way common sense, free market mechanisms work to promote private enterprise through private sector oriented considerations with benefits primarily in mind …rather than punitive tax and spend rear-view mirror obsessions’ visionless more compulsory pursuits.

Yet for all that this is; the resulting prosperity which has ensued has definitely more than benefited state funded social programs …especially at a time when other states are reducing their obligatory, social mandated services first and foremost. 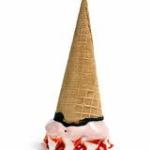